A force to be reckoned with: Women of tourism

A force to be reckoned with: Women of tourism 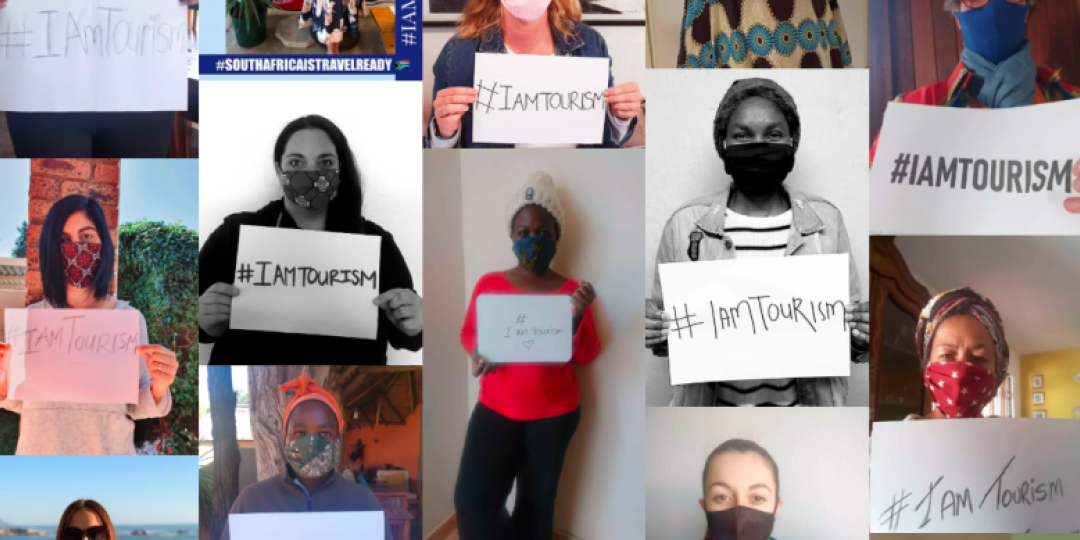 was the cry uttered on August 9, 64 years ago when approximately 20 000 women marched to the Union Buildings in Pretoria to petition against the country's unfair, discriminatory laws under the Apartheid system.

That phrase has been uttered numerous times since then to demonstrate the strength of the women of South Africa and, with the tourism industry having been brought to its knees since the COVID-19 pandemic, it is a fitting war cry for the 70% of women who make up South Africa’s work force.

"Now more than ever, the women of South Africa need support to become financially independent and to support their families.

To do this through tourism, South Africa must follow a sensible and safe, data-driven reopening and recovery strategy, underpinned by strict health and safety protocols, where government provides the enabling environment for Tourism to flourish in a new COVID-impacted world," says Thembi Kunene-Msimang, spokesperson for the #IAmTourism campaign which aims to highlight, and celebrate, the number of women who have made their mark in the industry

These women may not sit on Steering Committees or walk in the so-called corridors of power or conduct Skype Interviews on national television, but their tenacity, selfless contribution and unwavering belief in serving their communities is the stuff of legend and deserves to be recognised publicly, wrote Big Ambitions MD, Natalia  Rosa in a recent LinkedIn post.

She added: “These women have shown up in ways I can never fully describe. They have done all the hard work in the background, and sometimes in the foreground, giving generously of their time, their talents and their voices to bring hope when we’ve felt no reason to hope.”

Rosa emphasised that this crisis (brought about by the pandemic and the subsequent travel restrictions) has provided the opportunity for the tourism sector’s women to demand change and to open up the industry. “A simple act, on a grand scale, can grab the attention of our government, and of the world.”

“The firm focus this August is on profiling the women of the tourism industry to give them a voice and highlight the extent to which women comprise the tourism workforce,” added Kunene-Msimang.

In a recent Opionista piece for the new publication, Daily Maverick, she wrote in her personal capacity as the Chief Operating Officer of Tourvest IME – the Meetings Incentives Conferences and Events Division of the Tourvest Group – that overseeing the retrenchment of 35 hardworking, committed and extremely productive experts from my team, all of them breadwinners, 30 of them strong women, has been a gut-wrenching experience.

“I, as with many other operators, look forward to engaging with our government colleagues to see what strategies they have in place to create a truly enabling environment that will have the ‘switch on’ effect that they talk about in their media briefings,” wrote Kunene-Msimang.

The #IAmTourism campaign forms part of an overall initiative driven by a public relations and communications collective, bringing together influential agencies in the tourism and hospitality space to support the inbound tourism industry’s efforts to reopen tourism as quickly as possible, as safely as possible.

The story of one #IAmTourism woman will be featured every day of August – 31 days, 31 #IAmTourism stories of women describing how they got into tourism, their journey since lockdown began, what they believe the role of tourism is in their lives and that of their families, the importance of tourism to South Africa and what they could say to inspire their fellow women in travel.

In addition to the 31 days, 31 #IAmTourism stories, #South Africa is Travel Ready is also running a social media campaign featuring thousands of women brandishing #IAmTourism signs on social media. The #IAmTourism hashtag has been widely adopted by the tourism industry and is being displayed on everything from T-shirts to placards, and even walls.

The goal is to have 3 000 images of women in tourism by August 9 – we want to see all of tourism’s women rising to the challenge!

King Shaka International Airport will be one of three open for international travel.
19 Sep 2020
Comments | 0