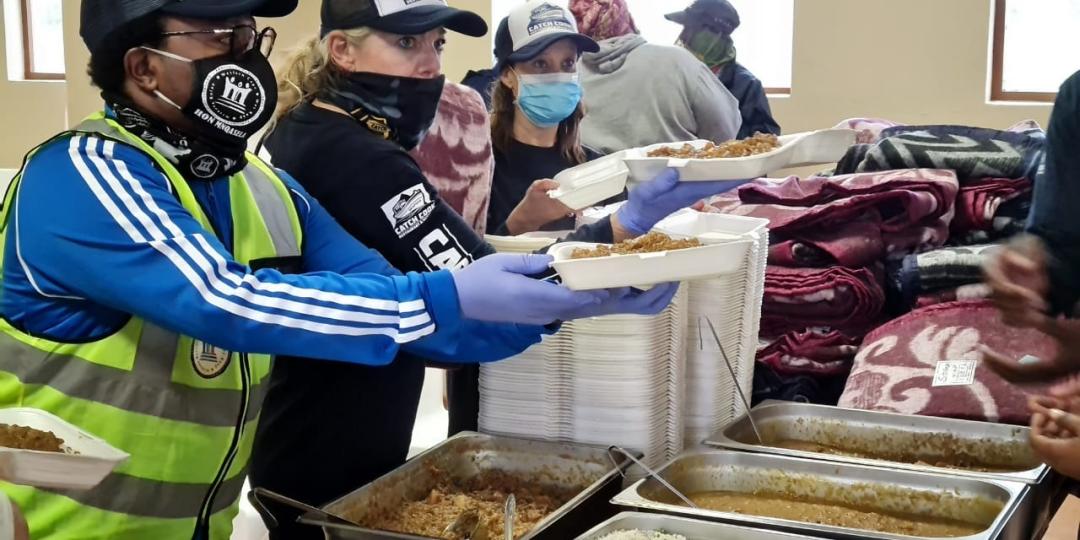 An orange level-six flood warning was issued for Overberg, Western Cape, last week, and the coastal town of Struisbaai experienced devastation as floods displaced many families in Agulhas, Struisbaai and Struisbaai Noord (North).

Blankets were dispatched to the town, while the Catch Cook Restaurant management and staff organised the restaurant as a venue for a temporary essential food preparation centre.

Cape Agulhas Mayor, Paul Swart, and his team set up a central relief point at the local community hall, and Western Cape Provincial Legislature Speaker, Masizole Mnqasela, drove to Struisbaai to lend his hand in the relief efforts.

Mnqasela, together with Swart and the Catch Cook Restaurant team, immediately started distributing much-needed food and blankets to the local community. In a short address to the Catch Cook Restaurant volunteers and people of Struisbaai, Mnqasela said: “It is a very serious tragedy. We view this as a human tragedy. It is not only the humanity, the kindness and the spirit to give that we are seeing, but also the pain that many of the people of this community have suffered.”

He also thanked volunteers and appealed to people to support the ongoing relief efforts. “Be it government, be it private sector, individual families, we are very much honoured. It is a very kind gesture to see.”

Derman thanked the volunteers for their tireless support, “as well as the helping hands of Masizole and Paul, to work together in the spirit of Ubuntu to help our fellow people in their time of need”.