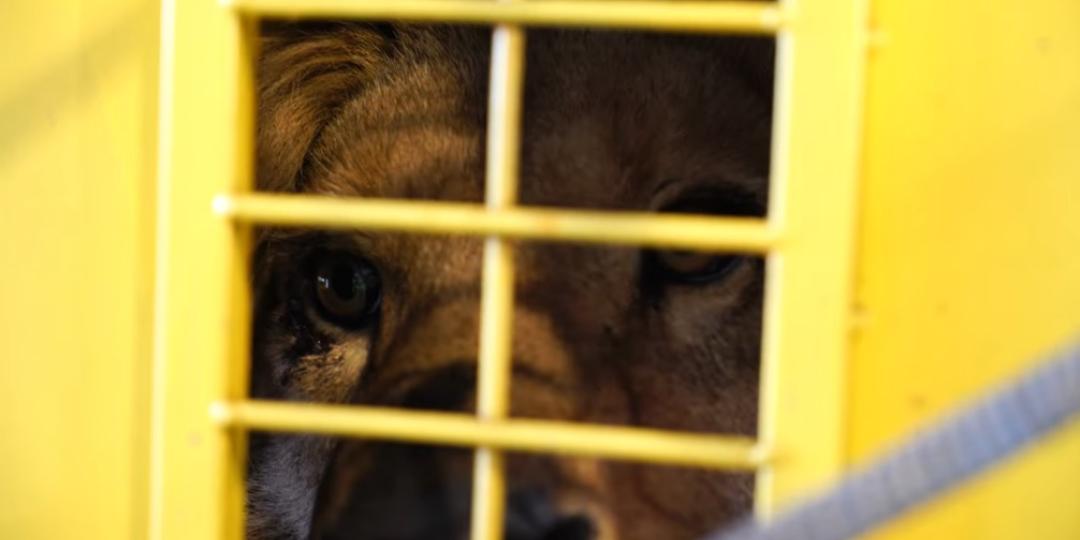 Qatar Airways recently partnered with NGO Warriors of Wildlife to relocate seven lions from Ukraine to South Africa free of charge. This was Qatar’s first successful transport under its ongoing WeQare sustainability programme, Rewild the Planet.

The operation took more than six months of planning and the dedicated help of 50 Qatar Airways Cargo employees. Finally, flight QR 8889 transported three male lions, one lioness and three cubs from Kiev via Doha to Johannesburg over three days.

“I was very excited when the cargo hold door opened. Very rapidly, you see them moving around, and you make eye contact,” recalls Guillaume Halleux, Chief Officer Cargo. “It becomes so emotional.”

As two of the male lions were reunited with their sister after just three days of being split up, they began happily playing together in their cage, and tears were flowing among some of the watching employees.

After having been kept in small concrete cages, with some of the lions showing clear signs of neglect, they will now feel real grass for the first time. They will spend the rest of their lives in the Kouga and Swinburne nature reserves in South Africa.

“We like to bring them out and give them a safer environment to live in – where they’ll be free to do what they want to do – roll around, lie in the sun, eat, and do nothing – just like lions do in the wild,” explains Lionel de Lange, Warriors of Wildlife Founder and Director.

Let’s rethink tourism enterprise development  -  Septi Bukula
The indoors/outdoors experience can provide a sense of safety for guests  -  Jeremy Clayton
The needless pause into the brave new world of travel  -  Gavin Tollman
A case for rethinking and rebuilding tourism  -  Sindile Xulu
Why is South Africa red listed by the UK?  -  Onne Vegter
END_OF_DOCUMENT_TOKEN_TO_BE_REPLACED