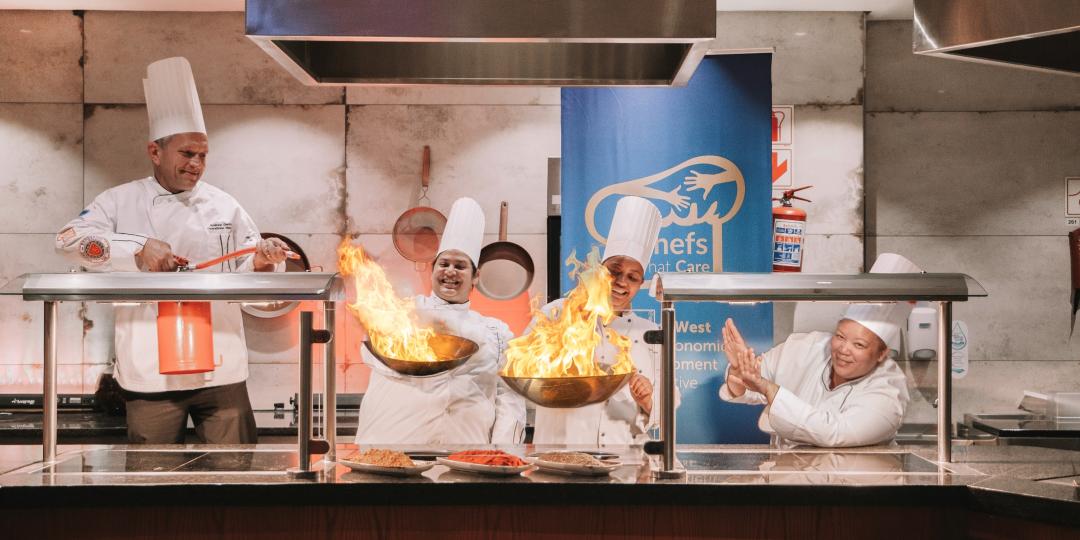 Chefs from GrandWest Casino Resort in Cape Town were announced the winners of the Rise Against Hunger (RAH) World Food Day challenge on October 16.

In total, the challenge raised over R51 000 (€3 000) for the non-profit organisation. The hotel won in each of the three categories – most money raised, public vote, and the SA Chefs Association vote.

RAH challenged chefs from six Sun International properties to create dishes using the same basic ingredients in the 25kg dried food packs they deliver to school feeding schemes. There was no restriction on additional ingredients teams could use.

“Hearty congratulations to all the teams and well done to GrandWest’s Chefs that Care,” said RAH CEO, Brian Nell. “A special shout out to our runners-up, Time Square’s Legends, which was ranked second by the SA Chefs Association’s second choice, and Golden Valley’s Two Chefs and a Boss, which received the second highest number of public votes and raised the second most funds.”

"SA Chefs is proud to support the Rise Against Hunger Chefs Challenge and to participate as the official judges,” added Jocelyn Myers-Adams, who is on the Member Board of Directors at the SA Chefs Association. “Rise Against Hunger has been offering solutions for reducing world hunger and is assisting with the hunger crisis faced daily by many fellow South Africans. This campaign creates awareness of the plight faced by many, while stimulating growth and skills development of many young chefs around the country.”