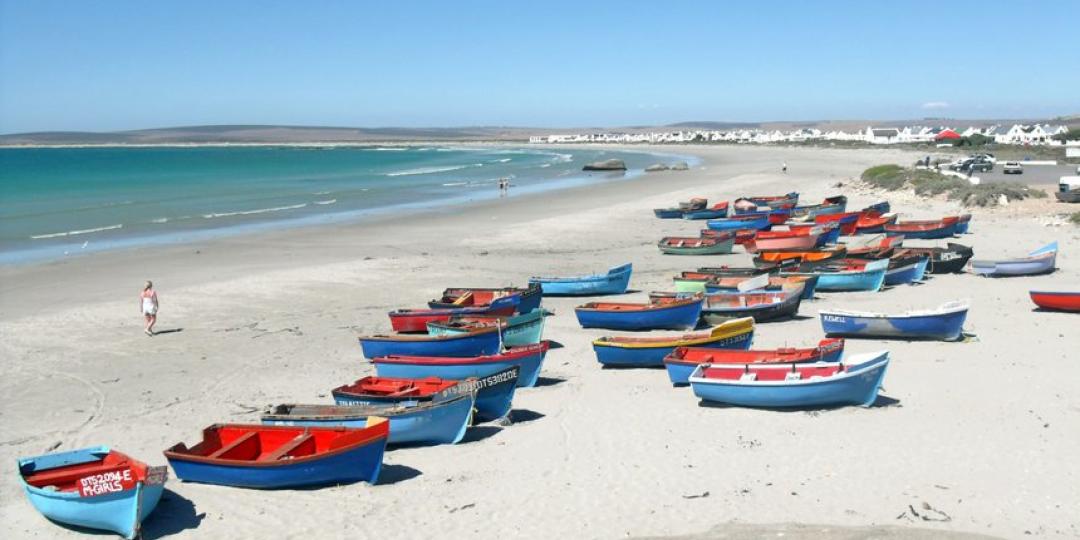 South Africa’s West Coast still draws far fewer international visitors than its Eastern twin. Yet this uniquely diverse and multifaceted region has much to offer travellers. Liesl Venter finds out what there is to see and do.

The West Coast, or Weskus as it is colloquially called, is a vast and relatively remote area unlike any other in South Africa. Stretching from Cape Town right up toward Namibia you will find quaint fishing villages, flower-filled nature reserves and endless white-sand beaches.

There is nothing pretentious about the West Coast, says Tim Harris, Wesgro CEO. Here culture comes alive in a real and down-to-earth way. From chewing on a bokkom (dried fish) or drinking sweet wine from a bespoke winery to dancing with the locals to traditional music, there is an authenticity to each experience.

Diane Jacobs, General Manager, Business Development and Contracting at Tourvest DMC, says visiting small villages like Paternoster and Lamberts Bay are a must.

At the !Khwa ttu San Centre near Yzerfontein the San people’s ancient culture and practices are showcased. “The offering is so varied,” says De Jager. “From the culture of indigenous people to wild camping in rugged and untouched nature to the bespoke wineries, there is something for everyone.”

The West Coast’s wildflowers remain one of its biggest draw cards, says Harris. “Between July and October each year, the region is transformed into a kaleidoscope of colour, and the veld gives rise to world-renowned wildflowers.”

The West Coast National Park is home to a variety of animals and birds, while the region’s fossil park is a one-of-a-kind experience. Here the remains of animals that roamed the area more than five million years ago are seen alongside an ongoing dig.

Andrea Schaffner, Market Manager for North America at Tourvest DMC, says it is the variety, but also the interactive and personal experiences, that make the West Coast different. “It is such a different landscape to anywhere else in Southern Africa,” she says. “It is an attractive experience because it consists of something out of the ordinary that guests would not normally experience in their own country or city.”

Only a two-hour drive from Cape Town, the West Coast is easily accessible for day trips, and has good road infrastructure.

Jacobs, however, advises travellers to allow enough time to take it all in. “I would suggest at least two to three nights to experience just some of it,” she says, “and if you are lucky enough to have more time, stay longer!”