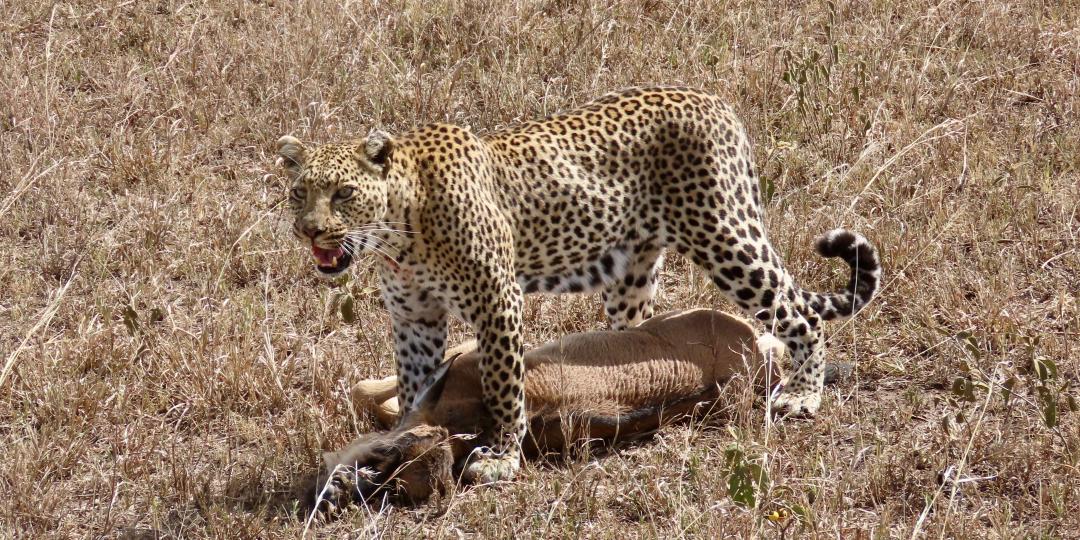 A Leopard after it has secured its kill. Photo credit Rika.
Comments | 0

While the migration is one of the cornerstones of the safari offering in Kenya and Tanzania, Chris Roche, MD New Business Development at Wilderness Safaris, points out that the two countries have a lot more to offer and the migration can be packaged with other parks in each country.

For example, he highlights the established safari circuit in Tanzania, which combines the relevant part of the Serengeti, depending on what time of year it is, with Tarangire in the Manyara region and the Ngorongoro Crater to the south-east of the Serengeti. He highlights the large populations of flamingos at Lake Manyara as well as the tree-climbing lions in the vicinity as particularly unique.

In Kenya, the migration can be packaged with Amboseli, which offers views of the large elephant populations against the backdrop of Kilimanjaro and Samburu.

Lance Zackey of Rove Africa also highlights Samburu’s unique offering, where he says, travellers can see specialised game like the Somali ostrich, which is known for its blue neck, and the Gerenuk, which has an exceptionally long neck.

In the north-western part of Tanzania, travellers can go chimpanzee trekking in Mahale Mountains and Gombe Stream National Parks, as well as in the untamed wilderness of Kitavi National Park.