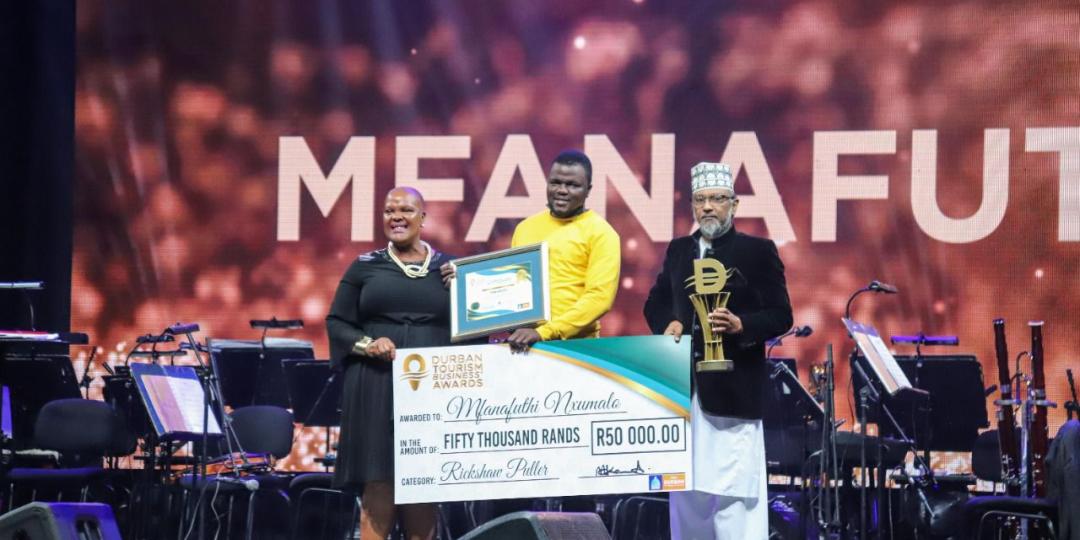 Durban Tourism’s inaugural Durban Tourism Business Awards were held to reward and recognise the tourism industry for overcoming the triple challenges of COVID-19, the July 2021 unrest and the recent floods.

The city’s tourism sector, which is still reeling from the string of unprecedented economic knocks, not least the recent floods that devasted the region, received a boost to its confidence with the launch of the new annual awards.

The ceremony took place at the Durban International Convention Centre last week where the winners were announced from among 51 finalists who had been selected from hundreds of entries that poured in.

There were nine categories in the overall awards and five in the Mayor’s Special Achievement Award.

“The response to the awards showed Durban’s tourism businesses have a ‘never-say-die’ attitude. When life throws them lemons, they make lemonade,” judge and Durban ICC CEO, Lindiwe Rakharebe said.

Rakharebe said every entrant was a top performer. “When the finalists were chosen, the task of judging became even more difficult.”

Among the categories, the rickshaw pullers were unique to Durban. These popular beachfront figures, complete with their colourful, traditional regalia, have stood the test of time. The winner, Mfanafuthi Nxumalo, brought the crowd to their feet when he collected his prize.

“What had to be considered in each of the Mayor’s Special Achievement categories was each winner’s consistent business retention and expansion, the business model and brand sustainability. We looked at how the business remained competitive with its offering as well as the extent of the radical economic transformation role the business has played,” said eThekwini Mayor Mayor, Mxolisi Kaunda.

The nine category winners are:

Deputy City Manager for Economic Development and Planning Phillip Sithole commended the winners for their perseverance.

He said Durban, which had a long list of international accolades, was on a winning streak. “We have decided to go on an aggressive infrastructure drive and have invested billions in major catalytic projects to enhance our appeal to both tourists and investors.”

Sithole said the Point Waterfront Development, the Durban Eye and the international cruise terminal were some of the city’s projected key economic generating projects.