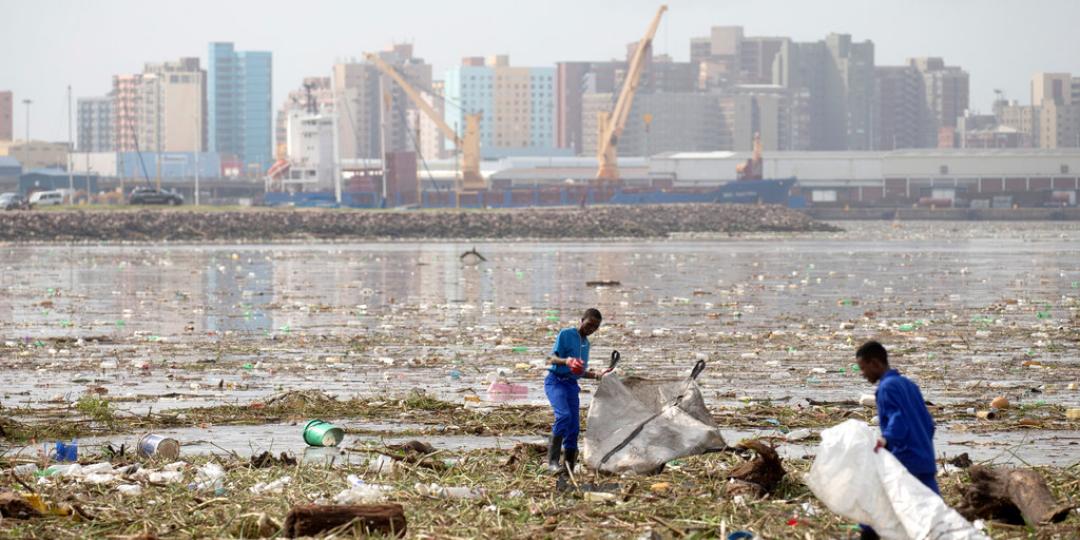 Durban businesses are in a “critical condition” following the latest flash floods that hit the city and the KwaZulu Natal North Coast at the weekend, devastating homes, businesses and infrastructure.

Durban Chamber of Commerce and Industry CEO, Palesa Phili, said the latest heavy rains had halted the recovery process in a city where businesses were already “hanging on by a thread”. Phili called on the government to swiftly repair infrastructure to improve efficiency and minimise operational disruptions.

“The high-intensity rainfall over the last two days has unfortunately grounded the restoration and disaster recovery efforts that were slowly being implemented in and around the city of eThekwini.”

The devastating rains come after April’s floods that caused severe damage to infrastructure, homes and businesses, and claimed the lives of more than 400 people.

Major road and highway networks were again flooded this weekend, including the M7, M13, Umgeni road, Higginson highway, and the South Durban Basin.

“This latest flash of rain, which can only be described as distressing, poses a serious and real challenge for businesses in eThekwini, as businesses are already fragile,” said Phili.

Businesses were committed to rebuilding in the province, however the private sector needed the help of the government to find sustainable long-term solutions, she added.

“We believe it is essential for business and government to work together to co-create workable and sustainable solutions. Due to the frequency and intensity of disasters that keep happening in the province, business have found themselves in a critical condition, and we, as the Durban Chamber of Commerce and Industry, continue to reiterate the need for financial support, alongside the rebuilding of key infrastructure that will help businesses to recover.

“We are leaning on government to be swift in their response times and to attend to the road infrastructure urgently so that employees can commute to work, cargo can move as scheduled, and the economy can experience minimal disruption in its daily operations. Rehabilitation and maintenance of key infrastructure such as roads, canals and stormwater drain systems, especially in the south of Durban, where the most damage (occurred), is an urgent issue, as this area is an operational area.”

She said this was the appropriate time to activate contingency plans identified in the business sector’s meeting with President Cyril Ramaphosa on May 15.

Communication channels from local government were clear and consistent regarding this weekend’s flooding. She added that the government had provided information on early-warning systems, including the South African Weather Service’s timeously issued level-10 warning alert.