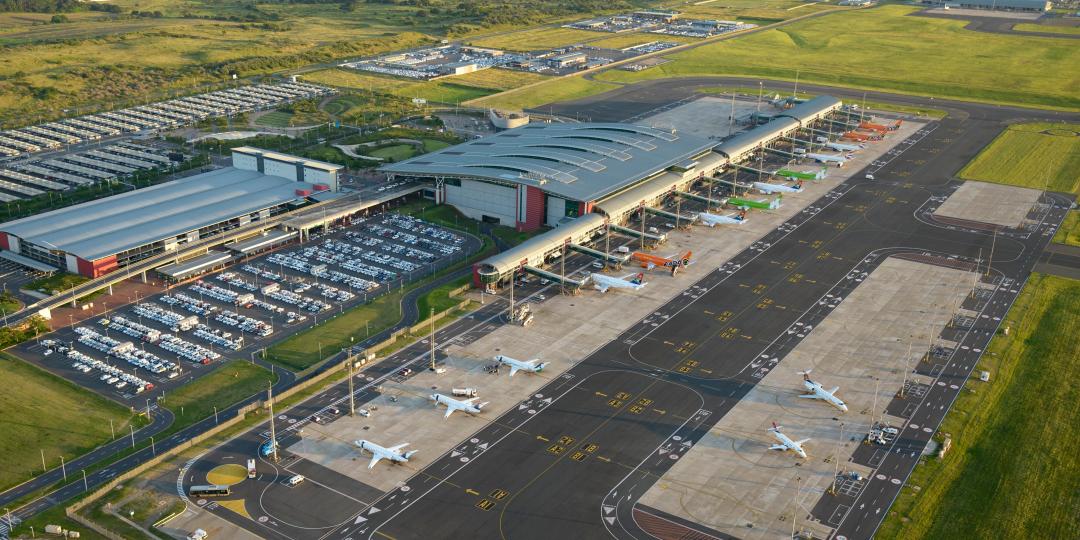 King Shaka International Airport currently handles more than six million passengers a year, making it the fastest growing international airport in the country. To date, it has managed to bring direct flights from mega airlines such as Emirates, Qatar, Turkish Airlines and British Airways.

Phindile Makwakwa, acting CEO of Tourism KwaZulu-Natal, says the establishment of a Routes Development Committee (now rebranded as Durban Direct) in 2014 has been a critical part of the success.

Much like the Western Cape’s Air Access team, Durban Direct is a collaboration of government departments and the private sector with the main aim to lobby for more international airlines to land directly at King Shaka, says Makwakwa, pointing out that Tourism KZN is part of the committee that also comprises Dube Trade Port, Durban Tourism and the KZN department of Economic Development, Tourism and Environmental Affairs.

CEO of Dube Trade Port Hamish Erskine, says while Durban is only a 45-minute flight from Johannesburg, it remains critical for the city to improve its direct accessibility to its key markets.

Not only is it quicker and more efficient, but direct flights are increasingly being demanded by the environmentally conscious traveller.

“Why fly domestically to Johannesburg for a connection that is going to take you to a hub, when you can do it directly from Durban,” he says indicating that part of the strategy for Durban has been in bringing the major hub carriers on board.

“Hubs are massively important. There has been a definite change in the aviation industry as cities around the world are seeing increased demand for direct access in and out of them.”

He says the development of modern two-engine aircraft like the Boeing 787 and the Airbus A350, which are highly fuel efficient with a good capacity of around 250 passengers, and the ability to easily service long-haul destinations, it has become easy to service secondary cities out of hubs.

According to Erskine the focus for route development is on the US; the East with either a direct flight to Singapore or China; India and The Netherlands, Germany and France.

“Accessibility is critical in any destination promotion,” says Makwakwa. “Ease of access with our direct airlines makes it more appealing for the trade to promote and market KZN.”

“It is all about collaboration.” He says the two air access teams work closely together to promote South Africa as a destination internationally.

Harris says in Cape Town and in Durban it is clear that the market dynamics support the business case for increased direct flights.

The collaboration of national, provincial and local government with the private sector across provinces strengthens the offering to airlines that are increasingly seeing the value of directly servicing both Cape Town and Durban.