Digital nomads could save properties

Digital nomads could save properties 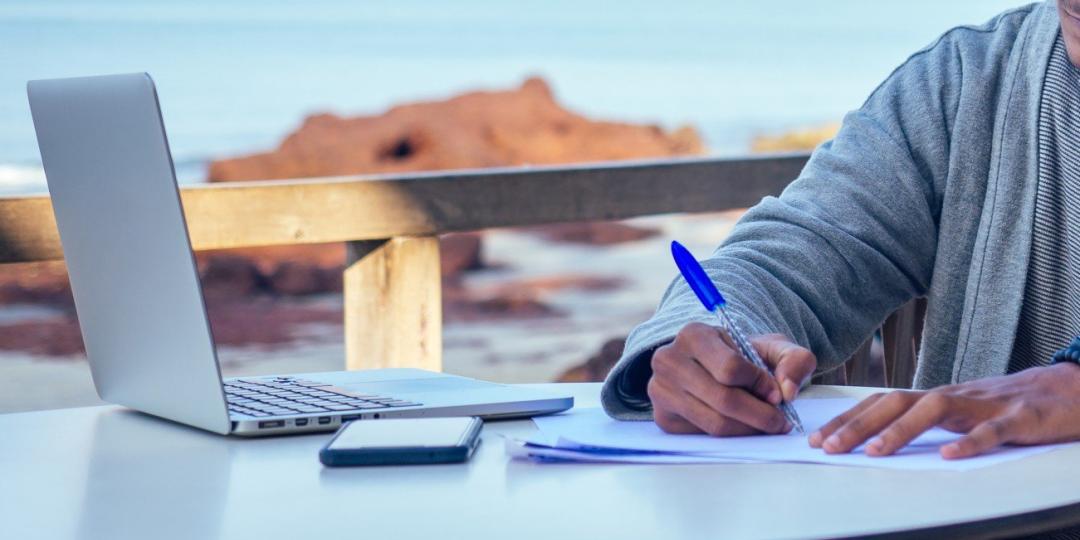 The age of the digital nomad began well before the arrival of COVID-19.

The pandemic just accelerated and dispersed the idea as globally, ‘white collar’, computer-based workers were sent home to work during the most dangerous phases of the pandemic. From there, it was a short leap of logic to arrive at the conclusion that if you were one of these workers, you could work from anywhere in the world that could accommodate your connectivity needs, so why not follow the sun, go to your favourite city for a couple of weeks, or move to a beach hideout for a few months?

High numbers of digital nomads coming into South Africa could go a long way towards changing the fortunes of the disastrously hard-hit accommodation sector. COVID might have forced hotels to mothball, but digital nomads could be their saving grace.

Tourism Update asked some accommodation providers if they thought digital nomadism was a passing fad or was here to stay.

Rael Phillips, Co-Founder and Director of Totalstay, a Cape Town-based company that manages aparthotels, luxury suites and villas, said the trend was bound to become increasingly popular, particularly with South Africans. “We had seen it before, but COVID really catapulted this trend as lockdowns hit South Africa. Locals wanted more flexibility and not to be tied down to lengthy leases.”

Garnet Basson, COO of The Capital Hotels and Apartments, believes remote working is likely to remain popular, whether it is among executives who aren’t bound by school terms, or among those who want to continue working while they are at a holiday destination with their families.

“While many countries abroad are offering ‘workcation’ visas, choosing this lifestyle in South Africa is much more affordable than it would be abroad,” said Basson.

Bronwyn Williams,futurist, economist, business trends analyst and a partner at Flux Trends, said it was a trend that was going to persist, but that it didn’t apply to everyone. “From a local context, it is important to note that it only really applies to our more privileged white-collar workers, and does not apply to the majority of the population,” she said.

According to Phillips, this trend has already grown the local travel and hospitality industry. “Over the usual ‘quieter’ periods, we're seeing sustained occupancies at over 80% and it's being bolstered by these digital nomads (both local and international). With companies becoming more flexible with their workforce, we don't see this stopping any time soon, if at all, and that's a great thing for this sector.”

Basson concurred. “This trend will certainly help grow the local travel and hospitality industry and will stimulate job creation in a sector that has the potential to help turn the economy around. It will not only benefit properties like those in The Capital Hotels and Apartments portfolio, it will also stimulate growth in restaurants, entertainment destinations, transport companies, and others too.”

Williams said the trend was opening up in a “stagflationary” period. “It’s a bit of a fallacy to say that nomadic work, four-day work weeks and longer sabbaticals are going to translate into a promise of increased travel and salvation for our absolutely decimated travel industry.”

But she explained that there was some indication of travel being more widely distributed, and less across peak periods, but this didn’t necessarily equate to more money for local travel businesses. “The people who have a discretionary travel budget are a small percentage of South Africa’s marketplace – so what you are actually going to see is more competition for that budget across the travel sector

“This means that tourism operators are going to have to work harder to attract that inbound spend. The only way the industry will actually see growth is by growing the market, which means either the economy has to grow so more people are earning more than they have to spend in order to survive, or we have to attract capital in.”

And, added Williams, in terms of inbound foreign digital nomads, South Africa has not played that card to its advantage, with the saga of the unabridged birth certificates for children, which turned a lot of people away, and South Africa’s reputation for gender-based violence keeping the growing cohort of single female travellers away.

“We have also been quite antagonistic towards short-term work-and-stay travel. We have made it quite difficult for people from a tax and regulatory perspective. We were not an early adopter of things like gig-worker visas, whereas many island-based economies, which are actually our competitors in this space, were quick off the mark,” said Williams.

What do nomads need?

Phillips said when TotalStay launched The Latitude Aparthotel in 2019, remote workers had already naturally gravitated towards the product. “It breathed what we set out to do with aparthotels. Everything you want from a hotel, everything you love about a home,” he said. The things digi-nomads want from the property include reliable Internet, housekeeping, an apartment space to live/cook/sleep in, co-working/boardroom spaces, and coffee and food from the café.

Basson said guests choosing Capital’s aparthotels for extended stays were looking for spacious accommodation that offered everything that they would have at home, and more, including good beds and linen, a well-equipped kitchen with a washing machine, a lounge and a dining room, a separate working space, and uncapped high-speed WiFi.