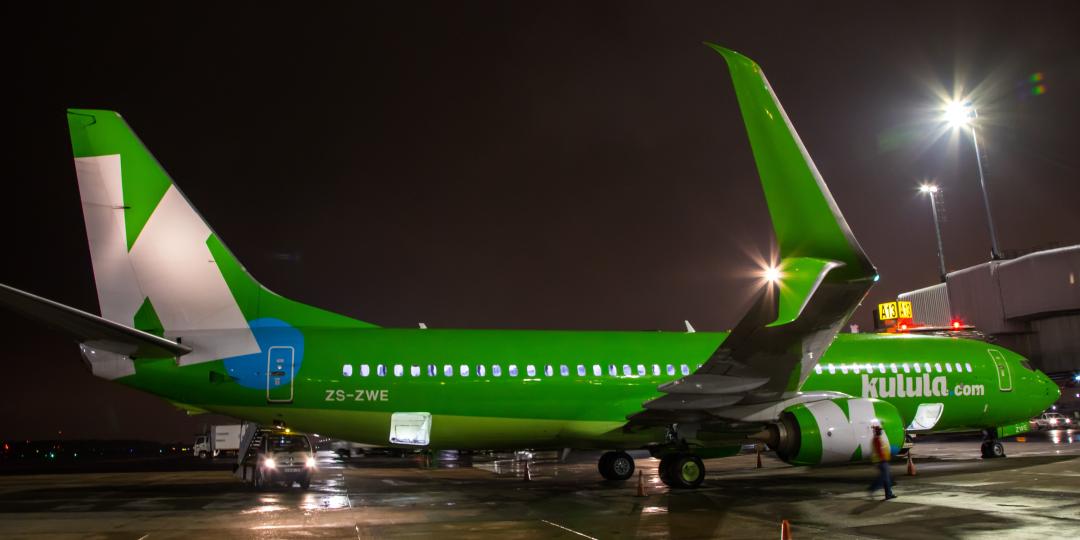 A press release from the airline quoted one of the BRPs, Richard Ferguson, saying that with its two airline brands, British Airways (operated by Comair) and kulula.com, its market share, modern aircraft fleet, experienced employees, sales and distribution channels, Comair was an inherently viable business. “Unfortunately, though, despite their best efforts the BRPs had been unable to secure the capital required for the airline to recommence operations.

“We did our utmost to secure the funding but when we were unable to do so, had no option but to lodge the application. It is an extremely sad day for the company, its employees, its customers and South African aviation.”

The relevant provisions of the Business Rescue Plan were that by May 31, 2022, the company had to provide the BRPs with a practicable plan for the following conditions 12.1 and 12.2. The BRPs would then continue to reasonably believe that the company could be rescued.

12.1 Raise the additional capital funding in a quantum and within a timeframe that provides for the Company to settle all its financial obligations as they fall due in the ordinary course of business;

12.2 Negotiate with the SA lenders to confirm their forbearance and condonement of arrears amounts;

“Accordingly, the Company’s Joint Business Rescue practitioners give notice herewith that they no longer believe that there is a reasonable prospect that the Company can be rescued,” said a formal notice from Comair today. After entering business rescue, Comair was able to start flying again when the Comair Rescue Consortium (CRC) invested R500m for a 99% share of the equity in the company at the time.

Although the amounts indicated by the business rescue plan were invested, the Company unfortunately faced unforeseen headwinds including three further COVID-related air travel lockdowns, inter alia the ‘Red Listing’ of South Africa by certain European countries, notably the United Kingdom, the suspension of the Company’s AOC in March 2022 by the regulator as well as significantly high fuel prices experienced in the past five months. Each of these events had a material negative impact on the business. The CRC was only able to finance the impact of these events up to a certain point.

The BRPs’ ongoing requests to the CRC to provide a plan to raise the further funding necessary to absorb the balance of these and other future potential economic shocks were not successful. In the circumstances, the BRPs approached other lenders to raise the funding required.

It was when this funding could not be secured before the existing funding was exhausted, scheduled flight operations were suspended on May 31, 2022.

Comair’s BRPs continued the process to secure additional funding from other sources but, despite several parties expressing interest, they were unable to secure sufficient substantive commitment.

Ferguson said that the company’s employees and customers who held bookings or were owed refunds would now become creditors of the Company.

Tshifhiwa Tshivhengwa, TBCSA CEO, says the news of Comair’s collapse is very concerning and devastating news for members of the tourism value chain.

“Comair’s liquidation means we will now have less air capacity domestically and into the region and this is problematic for the recovery of the tourism sector. We are also concerned about the pending job losses but we are hopeful that, once this capacity is taken up, these jobs are recovered,” said Tshivhengwa.

The Comair liquidation would also create bottlenecks and affect the availability of seats and, besides impacting the aviation industry, the blow looked set to filter down and affect car-rental companies and even some accommodation services if capacity was not increased in the short term, Tshivhengwa warned.

“One of the ways to mitigate the impact of Comair’s liquidation would be to get other airlines to pick up and service the routes that kulula.com and BA Comair were flying. The other option that would mitigate the impact is if more airlines were given licences to fly on these routes. We call on the Air Services Licensing Council to give licences to those who have applied,” Tshivhengwa added.

Otto de Vries, CEO of outbound travel association, the Association of South African Travel Agents (Asata), expressed great disappointment that the industry had lost a critical pivot of aviation that had operated for 70 years in the South African market.

“Having said that, my immediate concerns are with regard to commitments that had been made and promises of refunds and protection of passengers’ money,” De Vries said.

“My question is twofold: what are other airlines doing to assist in terms of increasing necessary capacity and, parallel to that, will that money be paid over to customers either directly or through agents? Is there any opportunity to get that money refunded?” he asked.

Founder and CEO of eTravel, Garth Wolff, believes that although training crew and obtaining aircraft takes time, there is no doubt other airlines will step in to fill the gap in a big way.

“Demand will outstrip supply, prices will go up, and a domestic market where there is profit to be made means more airlines will come in,” Wolff explained. “It will ultimately be a short-term concern but, for now, there are rising prices coming. What the industry can do in the meantime is to warn customers to plan their trips more in advance. Competition will become quite good again in time but, for now, there will be an undersupply.”

Independent business rescue practitioner and aviation economist, Dr Joachim Vermooten, believes that one of the issues Comair faced from the outset was operating too many aircraft over too many routes, and too quickly for such a fluctuating, soft demand.

“What is also a pity is that our regulations require a cap of 25% on direct foreign investment for South African airlines, which in my view, is too low.

“We end up with an inadequately capitalised airline as a result of setting that cap too low. Countries like Australia and some in South America have allowance for 100% foreign investment funding. It makes more sense to have an investor from a stronger-currency, foreign country,” he concluded.