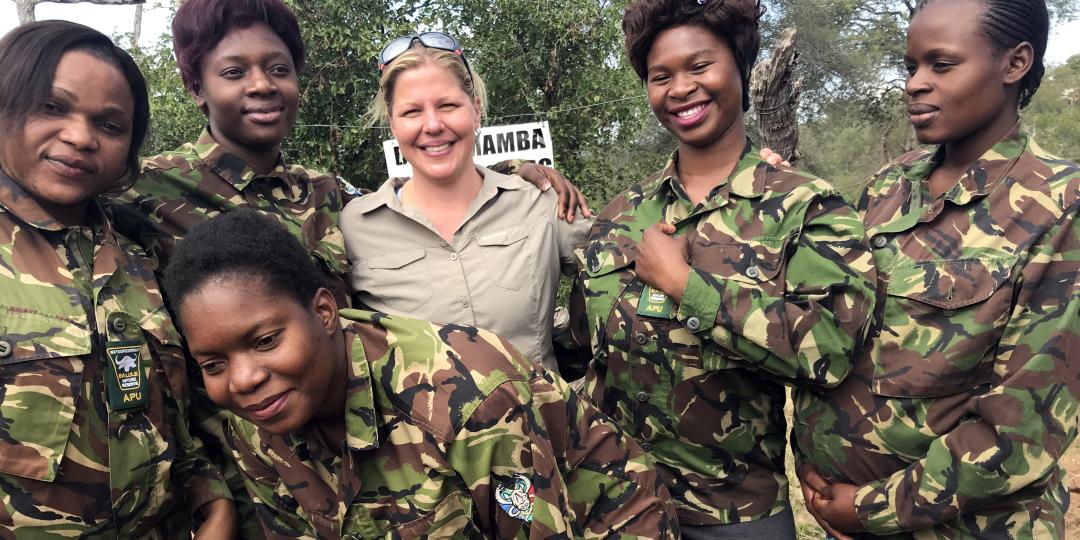 Female wildlife rangers are to be recognised globally for the first time by awareness campaign and charity, How Many Elephants. World Female Ranger Day (WFRD) will take place on June 23 to support female anti-poaching rangers.

Less than 11% of the global wildlife ranger workforce is female. Bringing gender equality into the workforce enhances conservation efforts and relationships within communities, transforming attitudes toward the role of women in Africa and beyond, but also showing the capabilities and success of women in traditionally male roles.

Many of these women have overcome adversity, poverty, and marginalisation. Becoming a ranger has empowered them, turned them into breadwinners and property owners, and has given them access to higher education and much-needed healthcare.

The work of rangers is especially crucial now as, since the beginning of the COVID-19 pandemic, fewer tourists have visited national parks. The knock-on effect of this is huge, as many rangers have lost their jobs or have taken significant salary cuts. One ranger alone may support up to 16 family members. Additionally, reduced vigilance in tourist hotspots has left wildlife even more vulnerable to poaching.

Nyaradzo Hoto, aged 29, is a female ranger from the Akashinga Anti-Poaching Unit in Zimbabwe. After being forced to drop out of school and then ending up in an abusive marriage, she became a ranger in 2017 and is now studying Wildlife Ecology and Conservation at the Chinhoyi University of Technology. She has used her income to purchase land and build a house. “Women are the face of the future,” Hoto says. “They are the face of conservation because of their heart.”

Another female ranger making waves is Leitah Mkhabela, aged 28. She is part of the Black Mamba Anti-Poaching Unit in South Africa. “We cannot do it by ourselves. We need more eyes, more people helping us. When I started as a Black Mamba, people were scared of the training we went through. People said the training was for men and we couldn’t do it because we are women. The hardest part was that even women were looking down on us. But people started to come around once the impact of the female rangers was clear. It has helped women in the community to see themselves differently. People have seen how we want to do this and so many women started to support us,” Mkhabela explains.

Sithabile Munenge, aged 33, is a Community Scout (Ranger) for National Park Rescue in Zimbabwe. She used to sell tomatoes on the side of the road to make enough money to feed her children. “It wasn’t enough to look after them,” she says. “Usually men are the first preference to be employed by companies. But now I have the respect of my community, and I will be able to build my children’s future.”

“Having spent time on the front line with multiple all-female anti-poaching units in Africa, it’s evident why the female ranger movement is picking up such momentum. These women are proving to be highly successful as they ease local tension and strengthen relationships within their communities. WFRD will celebrate these women but will also highlight the significant gender imbalance in environmental conservation,” says How Many Elephants Founder and Co-founder of WFRD, Holly Budge.