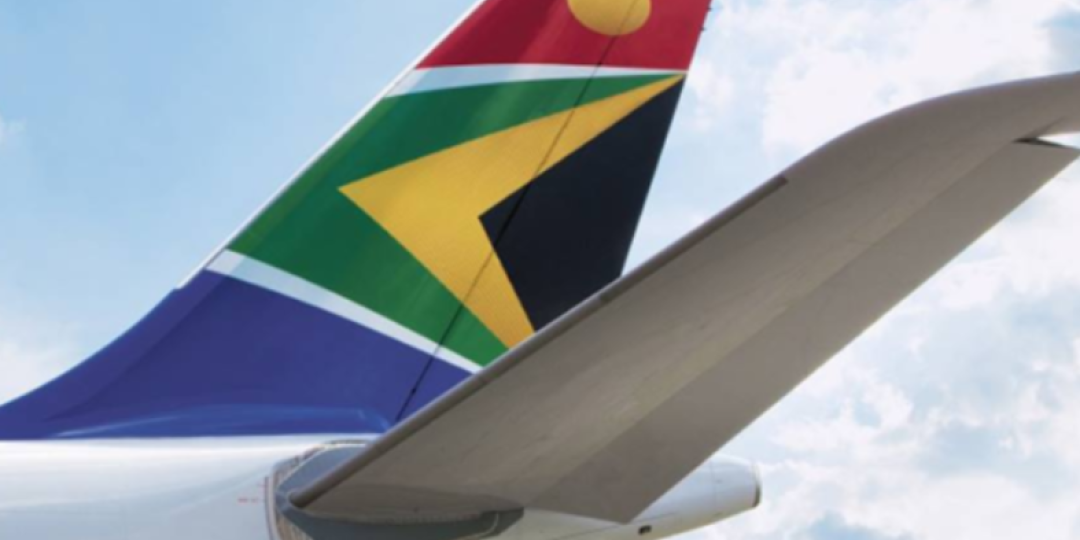 Operators and agents have been struggling to recover funds from SAA on 083 tickets issued for Airlink.
Comments | 0

In what has been described as a “precedent-setting” breakthrough, luxury inbound operator, Rhino Africa, has successfully concluded a series of multimillion-rand chargebacks against South African Airways after finding a legal loophole that allows a client 540 days from the ticket issue date to request a chargeback if a service was not provided.

This process would also apply for operators with Airlink tickets issued through the SAA franchise agreement, paid for by credit card, with no risk of an agency debit memo, even if they hold their own Iata licence.

SATSA shows how the loophole was identified:

The bulk of Rhino Africa’s domestic and regional ticketing was for flights on Airlink, issued at the time by SAA under their franchise agreement. When Airlink was unsuccessful in recovering the funds paid to SAA for these flights, Rhino Africa was forced to cancel the tickets.

Relying on Iata’s credit note concession, SAA then issued vouchers for these cancelled flights, despite the fact that SAA would not be flying these Airlink-operated routes and was thus unable to render the paid-for service.

Rhino Africa CEO and Founder, David Ryan, explained: “What became clear to us early in this crisis, was that SAA was using the tourism industry and advance ticket receipts to prop up its own finances. We all followed the SAA vs. Airlink legal challenges, but at the end of the day, it was our industry and our clients that were going to be left footing government’s debts, despite Airlink’s valiant efforts to help us.

“What we needed was government support, but what we were handed was a sizeable portion of SAA’s debt. The right thing for government and SAA to have done, both at the time and now, was to refund all tickets they had received payment for, especially where they knew they were unable to deliver the service, then or in the future. This was clear-cut in the case of Airlink-issued tickets.”

When investigating options to recover these funds, Rhino Africa turned to the Bank Mandate and Consumer Protection Act to research what these pieces of legislation meant for SAA’s current process of offering only a voucher rather than refund.

Initially, Rhino Africa was able to successfully complete chargebacks on all tickets where a chargeback was initiated against them by their clients, as this was simple to prove – but this still left a large portion of unrecovered funds sitting with SAA.

When it looked into how to handle these tickets, Rhino Africa was provided with the Bank Mandate on chargebacks. Previously, it had been communicated that cardholders had 120 days from the original travel date to file a chargeback – a deadline that had come and gone for most of its clients.

However, the Bank Mandate further states that cardholders have 540 days from the date the ticket was issued to file a chargeback.

This was used for the basis of the chargeback submission, together with the Consumer Protection Act, which states that, where a service has not been rendered, and will not be rendered in the future, the client is due a refund. Shortly thereafter, Rhino Africa was issued the sizeable refunds.

In the Rhino Africa case, the tour operator paid for the tickets using its lodge card (not the end-customer’s card), so this particular precedent only applies in the case where a tour operator paid using its credit card on behalf of the customer when purchasing an Airlink ticket on 083 paper prior to December 6, 2019.

Waathiq Hilton, Chief Sales Officer of Rhino Africa, advises that, when initiating the chargeback process, to engage with the chargeback/disputes resolution team at your respective financial institution, consolidate all your transactions and submit as one dispute, as this will prevent multiple transactions/disputes having to be submitted.

But what about smaller operators?

Owner and director of Alpha Destinations, Angela Matthews, has highlighted to Tourism Update that there were still questions about how small operators – who are not affiliated to Iata and therefore paid SAA direct (via EFT) for Airlink seats issued on 083 paper prior to the national carrier going into business rescue on December 6, 2019 – have been affected.

“How do we find solutions?” she queried, noting that it would be interesting to hear how many smaller operators were still facing this challenge and how this had impacted them financially.

If any small operators have challenges about this, please email adelem@nowmedia.co.za.