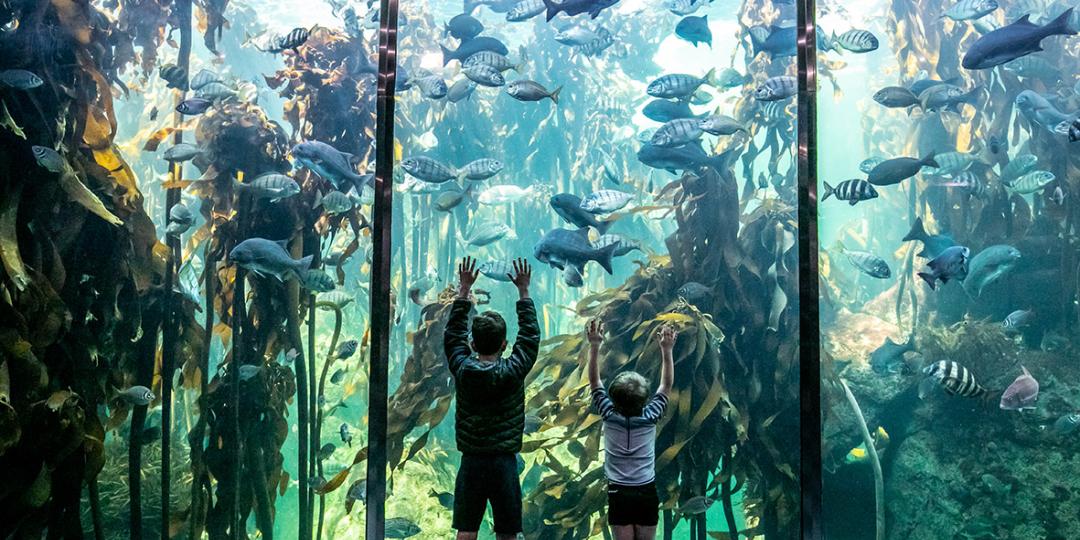 The Two Oceans Aquarium in Cape Town’s V&A Waterfront is celebrating its 25th birthday, having welcomed more than 10 million visitors since opening for the first time on November 13, 1995.

Since then the attraction has welcomed families, tour groups and solo travellers from around the world and locally.

“It’s hard to believe that the Aquarium has been part of Capetonians’ lives for a quarter of a century already,” said Two Oceans Aquarium Marketing Manager, Ingrid Sinclair. “For us, the time has flown. The best part of our job has been watching our visitors grow up in front of our eyes. Some of our visitors first visited us as children – with their parents, or as part of a school group visit – and now they are bringing their own children to experience and explore the magic of Southern Africa’s underwater world. We are incredibly proud to be a part of their personal journeys.”

Sinclair said the aquarium relied on visitors for funding and had made strategic partnerships enabling it to continue with its work in ocean conservation. “A recent achievement we are most proud of is the establishment of our non-profit partner organisation, the Two Oceans Aquarium Education Foundation, which has been mandated with growing the education, research and conservation work that we have been pioneering for the last two and a half decades.”

The aquarium’s largest exhibit is the Save Our Seas Foundation Shark Exhibit, which has been part of the aquarium since 1995 but underwent a complete refurbishment and reopened in 2017. The exhibit holds two million litres of water and is home to Ragged-tooth sharks and shoals of fish.

The I&J Ocean Exhibit opened in 2016 is the aquarium’s second-largest, holding 1.6 million litres of water. A unique feature is a 10-metre-long tunnel that gives visitors the feeling of being underwater.

One of the original exhibits, the Kelp Forest Exhibit, was refurbished in 2018 and is uniquely South African and home to endemic fish.

“The Aquarium has also been extremely fortunate to enjoy great support from the larger international community. From an industry point of view, we are close to our peers in North America, Europe and Asia who, like us, consider education about, and protection of, the ocean to be a public aquarium’s core purpose,” said Sinclair. “Thanks to this purpose, international tourists – from the African continent and beyond – have consistently chosen to visit us. Over the years an average of about 45% of our visitors have been from outside of South Africa. We look forward to welcoming them back!”

Not just a place for education and discovery, adventure seekers can dive in all of the aquarium’s larger exhibits and business travellers can use the aquarium’s conference and event facilities.

What does a post-COVID-19 future hold for the MICE industry?  -  Tim Cordon
Specials and discounts – responding to low demand  -  Onne Vegter
Repair team dynamics with behavioural profiling  -  Teresa Richardson
Let’s stay safe to stay in business  -  James Vos
How tech can boost hospitality in 2021 and beyond  -  Niels Verspui
END_OF_DOCUMENT_TOKEN_TO_BE_REPLACED