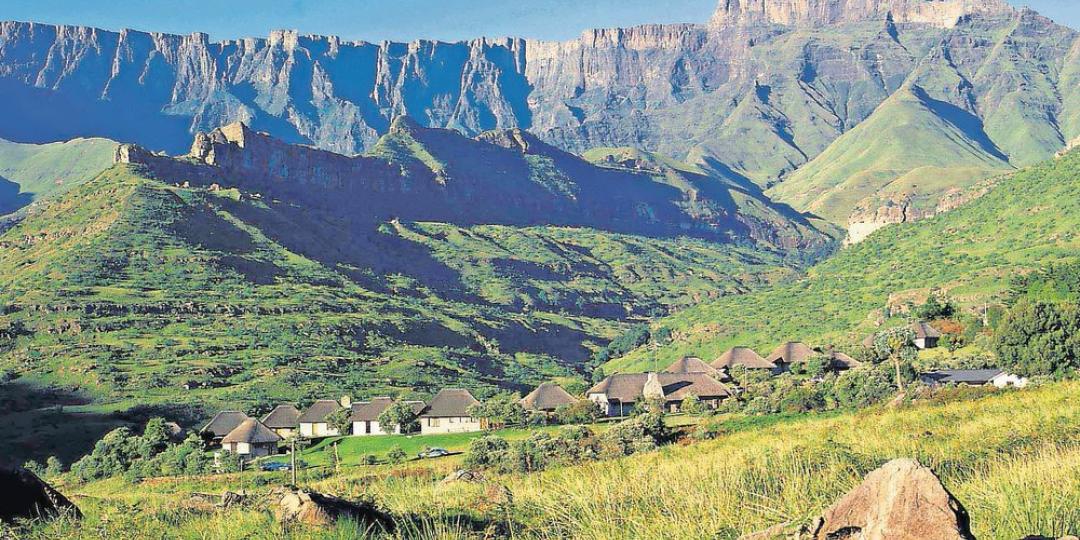 KwaZulu Natal tourism businesses have been hit by a triple blow this month, dashing all hopes for high occupancy levels during the July school holidays. Already dealing with an absence of international tourists, these businesses have experienced a new flood of cancellations relating to the Gauteng leisure travel ban this month, further compounded by safety concerns about the KZN riots. As such they are calling for support from the government to urgently lift the lockdown restrictions that are hampering travel and to get the message out to South Africa and the world that KZN is open for business and ready to receive guests.

Last week the country was shaken by distressing images of looters attacking, raiding and destroying retail outlets in KZN and some parts of Gauteng. However, as the days passed, the messages of fear started to change to those of hope, as ordinary South African civilians took a stand against criminality, standing together to protect their local businesses. The looting died down, the highways were reopened, people went door to door to collect stolen goods and community members from every race flocked out of their homes to help clean up the destruction.

“The unrest that we have seen in KZN in the past week has been very unfortunate and we are relieved to see that this has calmed down. We are happy to report that the N2, N3 gateways and other strategic corridors to KZN have reopened. Safety agencies are on full alert on the ground ensuring that KZN and all citizens in the province are safe once again. We are working closely with other government agencies to ensure that KZN starts rebuilding. We want to assure people that the KZN Government is working around the clock to ensure that the province returns back to what it’s known and loved for, its beauty and warmth. Tourism KZN has an open channel with community tourism associations and the tourism trade and through these relationships we will continue to work with our partners to package affordable, family-friendly and exciting specials so that people can start planning their holidays to the province once again,” said CEO of KZN Tourism, Phindile Makwakwa.

GM of Drakensberg-based Castleburn Resort, Gwyn Viljoen, told Tourism Update that its occupancy levels had fallen from 95% to only two remaining guests this week. “This is a great financial loss to us, regardless of the fact that our resort was not physically damaged in the riots. We are doing what we can from our side to individually phone guests and advise them that it is safe for them to travel again but we need assistance to get this message out a wider scale through the larger platforms. We are calling for an urgent campaign to be put in place by the government advising travellers that KZN is open for business,” said Viljoen.

Neil Hughes, MD of Providence Hospitality, spoke about the effects on its KZN South Coast property, San Lameer Resort Hotel and Spa. He said, as a lot of the hotel’s business came from Durban and Gauteng, the unrest had had a major impact, with massive reservation movements as guests postponed their stays to August and September. “Even though these are not cancellations, which is positive, we will still not be able to retrieve these lost revenues for the winter months, which are traditionally weaker months already,” said Hughes.

He said San Lameer’s protected position had meant that safety had been less of a concern for their guests, who had cited concern that fuel shortages would hamper their ability to make the journey to San Lameer as the main reason for postponing their trips. The food shortages had also created a logistical nightmare for the hotel, which had adapted its menu to serve meals made from ingredients that could be sourced at short notice “I think our hotel has done very well with this and believe that existing guests have appreciated the effort,” said Hughes.

“Going forward we expect that our guests will return and stay as currently booked, but this will be determined by how quickly local and national government will react to dealing with the unrest, together with the COVID-19 pandemic. The bottom line is, people want to travel, so I expect that as soon as the restrictions are lifted, San Lameer will once again become a key leisure destination for South Africa,” he added.

Red Carnation Hotels’ General Manager Sales, Sally Gray, said The Oyster Box in Umhlanga did not have any in-house guests at present but she was hopeful that bookings would start to come back later this week.

“Safety has been the core issue in all of the discussions that I have been having with stakeholders in our key source markets this week. They are all asking the same questions – is it safe to come to KZN and will guests be impacted by the reported shortages in fuel and food. Without making these reassurances we won’t get travellers back. It is vitally important that KZN Tourism and SA Tourism embark on a campaign that reassures tourists that we have food in our fridges, that fuel is available and that we remain open for business,” said Gray.

Owner Manager of The Cavern Drakensberg Resort, Megan Bedingham, appealed to the President to make a public announcement that KZN was stable and to remove the travel restrictions on Gauteng residents. This, she said, would allow local businesses some chance to recover during August.

Both Bedingham and CEO of the Restaurant Association of South Africa, Wendy Alberts, appealed for the curfew and alcohol ban to be lifted. They said this would go a long way to encourage people to start travelling again, knowing that they could relax with a glass of wine and enjoy a normal evening dining experience when on holiday.