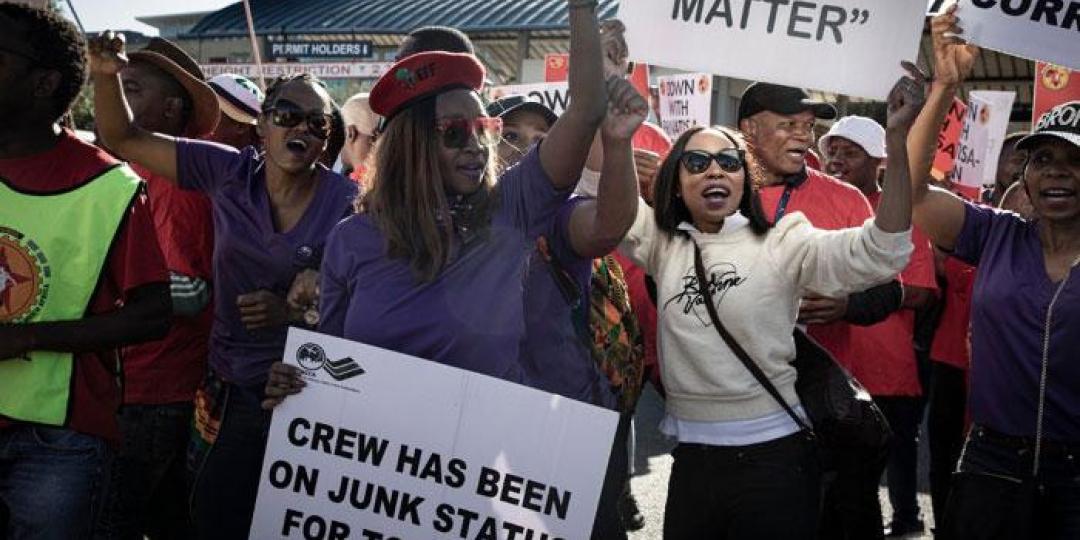 SAA’s business rescue practitioners (BRPs) – Les Matuson and Siviwe Dongwana – have welcomed the dismissal of the latest court application by trade unions, slamming them for their “ongoing abuse of the court system” to hamper the business rescue process.

This follows the ruling on Monday (February 7) by Labour Court Judge André van Niekerk, who dismissed as “nothing less than misguided and bordering on the frivolous” another court application by trade unions (NUMSA, SAAPA and SACCA) in which they sought an order declaring as “unlawful and unfair” the failure to pay three months’ salary back pay, a 13th cheque and 5.9% salary increase (backdated to April 2020) to employees who had not concluded the Outstanding Salary Settlement Agreement.

The unions had further sought to order the SAA BRPs to make payment within seven days to union members who had not signed the Outstanding Salary Settlement Agreement.

The BRPs highlighted that they, and SAA, had “consistently endeavoured to comply with the letter and spirit of the Companies Act and the Labour Relations Act throughout the business rescue process”, noting that this had been demonstrated in their track record of court undertakings in response to NUMSA, SACCA and SAAPA’s cumulative four applications that had been launched against SAA during its business rescue proceedings over the past year.

“While access to the courts is a respected right, the BRPs are of the view that the use of the courts by the unions has hampered the business rescue process and, in many instances, the applications have been based on misguided arguments. This has been proven by the judgments in favour of the BRPs in three of the four applications,” said spokesperson for the BRPs, Louise Brugman.

Dongwana added: “It is unfortunate that, after more than a year of business rescue proceedings at SAA, these three unions have consistently been at complete odds with the process, while other stakeholders have been able to negotiate solutions outside of the courts in order to move the business rescue process forward. However, the BRPs will continue to work to create a platform such that they can deliver a newly structured and solvent airline.”

Meanwhile the process – whereby the BRPs were requested by employees to reopen the application process to allow additional employees to take up the three-month offer in lieu of back pay salaries – was closed this week with a further 163 employees taking up the offer, thus increasing the take-up to 85% of all of SAA employees . This includes those employees who took voluntary severance packages.

Employees who have not settled and taken up the three-month back pay do not waive their statutory rights to the rest of the accumulated back pay, subject to the provisions of Chapter 6 of the Companies Act.