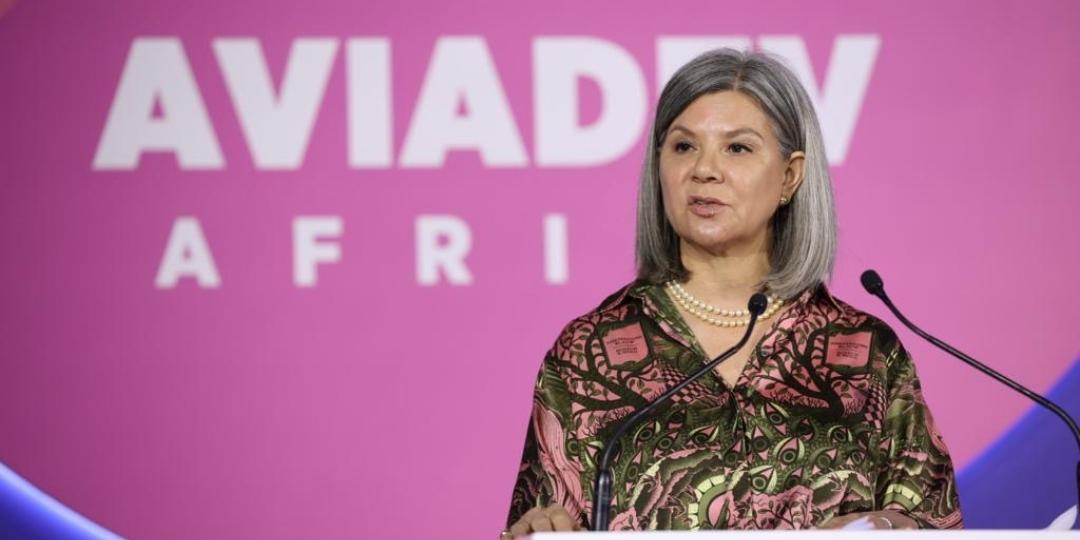 Route development inside Africa, new breeds of airline partnerships, and new ways of cutting through red tape were some of the topics on the table.

More than 280 stakeholders, including airline CEOs, airports, destinations, suppliers and government officials, were at the show which was themed: ‘Connect, Collaborate and Change’. Cape Town Air Access and South African Tourism were the headline sponsors.

It’s the first time since the start of the COVID-19 pandemic that AviaDev Africa has been held in a fully live format. AviaDev founder and CEO, Jon Howell, said the turnout was up from about 210 delegates at the last live conference. The ultimate objective, he said, was to facilitate meetings that led to new routes and airline partnership agreements.

Howell said: “What we are doing is facilitating discussions, airline to airline, to say how can we co-operate, and airport to airline. The airports here are pitching their business case to the airlines, bringing data and a business case for that particular route. Ultimately, these meetings could be the genesis of brand-new routes all across Africa. The opportunity is in intra-Africa travel.”

Speaking to Tourism Update from the event, South African Tourism’s new Chief Quality Assurance Officer, Bronwyn Auret, said: “It is wonderful to see all the African airline partners getting together in person for the first time in three years. The value of the conversations, collaboration and discussions from this conference will certainly make a significant impact on Tourism Sector Recovery. Thank you to AviaDev Africa and Wesgro for hosting this significant conference in South Africa.”

CemAir ceo, Miles van der Molen, said: “All of these events make an incremental difference. This is a well-regarded one, and there was a lot of excitement approaching this conference. A lot of people were in town who haven’t been here for a long time. Jon Howell runs a nice thing. We all kind of know each other here; it’s a small industry. But bringing everybody together does allow for new ideas, and you gain traction on things you probably should have done years ago. It is very well attended and a real success. AviaDev has done a great job.”

Wesgro CEO and spokesperson for Cape Town Air Access, Wrenelle Stander, welcomed delegates and described the role as conference host as an unmatched opportunity in a period of growth.

Stander said: “AviaDev is the perfect platform to have critical route development discussions, and bring together the right industry professionals, as we hope to see a connected continent and a sector that has the power to create sustained economic growth in Africa.”

According to official figures, in the past month (June), Cape Town International Airport processed up to 30 663 passengers in a day. In May, domestic and international passenger numbers recovered to almost 80% of that of the same month in 2019.

Reporting on the positive recovery in Cape Town, Mayoral Committee Member for Economic Growth at the City of Cape Town, James Vos, urged airlines to help unblock Africa’s many tourist routes in order to replicate the benefits and positively impact tourism, employment and the economy at large. “Aviation is a key industry for Cape Town’s continued economic growth. This is why we fund initiatives such as Air Access, which helps to land more flights that drive travel and trade towards the metro and province.”

Wesgro is especially keen on establishing new trade routes with West Africa, specifically Ghana and Nigeria. The recently appointed Western Cape Minister of Finance and Economic Opportunities, Mireille Wenger, said R67million (€3.6m) would be spent on destination marketing through Wesgro and that a new remote workers’ visa for inbound visitors was “on its way”. Wenger pledged to keep pressure on the national government to extend e-visas to more African states.

“I will be keeping up the pressure until this visa has landed. We need more ‘red carpet’ for foreign investors and much less red tape.”

The topic of the seriousness of Africa’s limited air access came up repeatedly, with more than one speaker calling it “mind-boggling” that travellers often needed to leave the continent to travel to a nearby African country because of this limited air access.

Offering one way to address this, economist Daniel Silke, Director of Political Futures Consulting, said general inefficiencies should be tackled, and he called for “common cross-border controls”.

South African Airways Executive Commercial, Simon Newton-Smith, told the audience: “We’ve heard some fabulous speakers painting a picture of what we’re all here to do, what our industry is here to do, and the size of the opportunity ahead.”

Meanwhile, Boeing’s President, Middle East, Turkey & Africa, Kuljit S. Ghata-Aura, added: “It’s a thrill to be here. I think it is really well organised, and you have a lot of really significant airline players here. There is great energy and an opportunity to share stories and pick up information.”