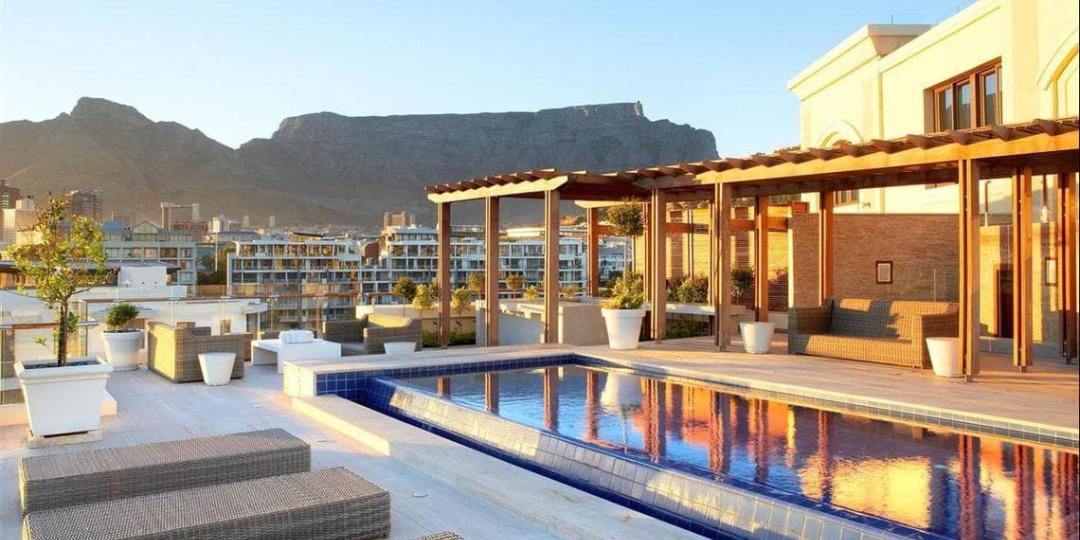 The One Above in Cape Town offers some of the most beautiful views of the mountains.
Comments | 0

“True luxury is the privilege of discovery, adventure, relaxation and insight, enjoyed in a context that perfectly suits the experience,” says Geoffrey Kent, founder of Abercrombie & Kent (A&K).

Luxury travellers expect only the highest quality lodgings when travelling through Africa, so accommodation venues and the facilities and experiences they offer need to live up to – or exceed – these expectations.

Liesl Venter rounds up 10 of the best luxury hotels and lodges in East Africa, and what makes them exceptional.

Situated on the rim of Ngorongoro Crater, the lodge is built using local river stone, and lies camouflaged among indigenous vines. Making the venue ‘out-of-the-ordinary’ the lodge is linked by arched stone passages and timbered decks, with the walls being accessorised with prehistoric cave paintings. It sits adjacent to Serengeti National Park, and it is about 180-kilometers, or a four-hour drive, from Arusha, Tanzania. It can also be accessed by a forty-minute flight from Arusha.

Located in Kenya’s Lewa Wildlife Conservancy, this venue with top-end facilities often hosts royalty, celebrities and dignitaries. The exclusive retreat offers privileged access to 65 000-acres of private protected wilderness, and is home to the largest concentration of Grevy’s zebra in the world.

Located on the south border of Volcanoes National Park in Rwanda, Bisate Lodge caters for guests going on gorilla and golden monkey expeditions. The architecture is a combination of traditional Rwandan building designs and local materials aimed at availing first-class comfort to visitors. It has eight large en suite rooms and one family unit, with a domed thatch that is built into the hillside forest.

Located just off Pemba Island, one of the outstanding elements of this hotel is its Underwater Room. The room is submerged in the ocean, and guests can spend their night/s surrounded by sealife. The roof has a lounging area where you can sun bask during the day and watch the stars at night. In addition, the landing deck at sea level has a lounge area and a bathroom. The lower level consists of a bedroom surrounded by large glasses, which allow guests to have a 360-degree view of the underwater.

Kapama has four separate luxury lodges, each with its own appeal. Buffalo Camp offers an old-world feel, Southern Camp warmth and hospitality, River Lodge is festive year-round, and Karula has a classical elegance. What makes this venue stand out is its ‘romantic sleepouts’ where guests can sleep in the open air on a private platform high above the ground, illuminated by a ring of lanterns. The evening starts with dinner in the air prepared by a private chef.

The One Above – Cape Town

The penthouse at the top of Cape Town’s One & Only Hotel, The One Above is filled with original art by top South African artists, has a library and two rooftop swimming pools. The apartment also has access to the hotel’s outdoor bar and a wine and champagne cellar.

Villa North Island can only be booked by couples. The 750sqm villa stands alone on a rock, spreading across multi-tiered levels that flow down through a coconut mangrove, onto the beach. A leawood bridge, made of tree trunks, leads to a concealed entrance, with the villa having sliding glass doors. A unique two-metre marble bath and an outdoor shower which hangs off a rock, makes this villa something special.

Suspended in mid-air, there is little that is conventional about this lodge in the Masai Mara. Offering exclusivity and beautiful views, with a private airfield and a track directly down into the Reserve, guests can stay in one of two separate camps of just 15 tents each that are set alongside each other. Each camp has its own guest area, kitchen and dedicated staff. A pavilion, set between the two camps, houses a swimming pool and fitness centre.

The Oberoi is situated in Turtle Bay, a natural marine park. The resort offers four different dining experiences, with one being a table on top of dark volcanic rocks that rise out of the ocean.

Owned by The Safari Collection, this exclusive 12-room boutique hotel is situated in the Langata suburb of Nairobi. Its appeal and fascination for travellers is the Manor’s herd of resident Rothschild’s giraffes that interact with guests by often stretching their necks into the windows of guest rooms, in the hope of receiving a treat before heading back to the forest that surrounds the hotel. Guests enjoy full-board during their stay that includes all meals and most drinks.

The Royal Mara Safari Lodge is situated on the annual wildebeest great migration route near two of the world-famous wildebeest migration Mara River crossing points, and near Leopard Gorge.

Canvas wall frontage of the river-facing tents all open completely for river views from both the bedroom and bathroom areas. Meals are served in the bush, with the options of breakfasting near a hippo pool, lunching beneath a tree near the river, or dining under the stars.